What Exactly Is Doctor Shopping? 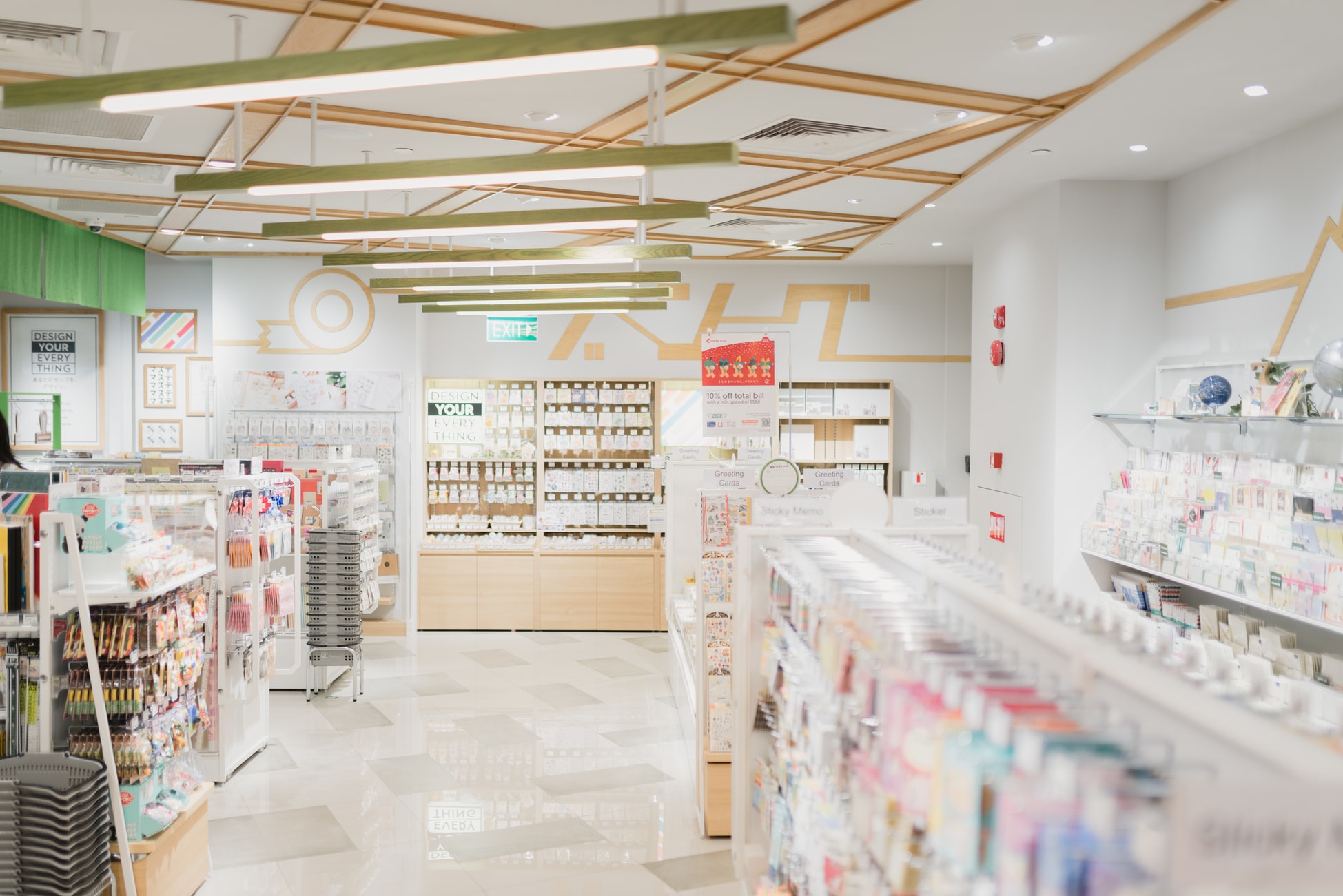 Consider the following scenario: a patient seeks out pain medication from their doctor. A second doctor soon prescribes more medication. As long as doctors keep prescribing medication, the cycle persists.

“Doctor shopping” describes this practice. This is not only a threat to public safety, but it’s highly illegal as well.

Discover the facts behind this crime and why it is considered a crime by continuing reading.

Doctor Shopping, What Is It?

By definition, a prescription is purchased from multiple healthcare providers without the prescriber knowing about other prescriptions.

Healthcare systems are often manipulated by patients who find loopholes to self-medicate or self-prescribe.

How Is It Done?

People can implement this practice in several ways, including:

What Are They Looking For?

Doctor shoppers are typically interested in narcotics, although the range of drugs can vary widely.

There are also barbiturates, stimulants, tranquilizers, and benzodiazepines that are commonly abused.

In doctor shopping cases, the most common substances are:

Why Turn To Doctor Shopping?

It is often because of dependency on one or more substances that people become involved in prescription fraud. As soon as these substances run out or can’t be accessed, they turn to other, more criminal, means to maintain their dependency.

Another common habit of doctor shoppers is to start with what was originally just a legitimate prescription. However, although they began medicating out of need, substance abuse can lead to medicating out of want, which becomes a criminal offense.

Having become addicted to the drug, the individual uses doctor shopping to acquire more pills and abuse them.

In addition to obtaining drugs, some also sell them by engaging in these practices. Dealers can purchase large amounts of substances and then sell them for a profit.

You might be surprised at how everyday doctor shopping actually is.

22,810 deaths attributed to prescription drug overdose were among the 41,000 drug overdose deaths in 2011. This is the age of the overdose epidemic, according to healthcare professionals.

How Does A Doctor Shopper Get Caught?

Doctor Shoppers don’t realize that their medical history and controlled substance fills are accessible to the pharmacy team. If multiple doctors or pharmacies filled your order, they could report you to the authorities or physicians.

If a doctor or pharmacist suspects a patient is a little too eager for a controlled substance, they can check on their patient records. This type of platform is called prescription drug monitoring programs, and it was created to prevent prescription drug abuse.

The Laws In Place

Despite the habit of doctor shopping being dishonest or below the counter, most never realize the extent of their actions.

The federal government prohibits doctor shopping. The law considers you a criminal if you commit prescription fraud.

It is possible to prosecute doctor shopping as prescription fraud (HS11173) depending on the state laws. According to Federal law, cheating at getting a controlled substance is prohibited by fraud, deceit, or concealment of facts.

This form of substance abuse can be prosecuted as a felony or a misdemeanor. This will vary depending on the defendant’s criminal background and the specifics of the case.

The maximum penalty is a $1000 fine. Summary probation and up to a year in county jail is the minimum penalties.

If the situation is deemed severe, it will be charged as a felony and punished by formal probation, a maximum fine of $20,000, and 2-3 years in county jail.

Drug addiction first-time offenders may avoid a prison sentence if they enroll in a drug treatment facility or program voluntarily.

Why Is It so Dangerous?

As a result of its extreme danger, this malpractice is illegal. Indeed, taking one prescription as prescribed can’t harm you, but taking multiple medications at once can have serious health consequences.

As a result, anyone with a drug abuse disorder, addiction to harmful substances, or who suffers a fatal overdose could become worse.

Signs Someone You Know Could Be Doctor Shopping

If you suspect your loved one is indulging in prescription fraud, make sure you address the issue as soon as possible.

The following symptoms are common in doctor shoppers:

Shopping for a doctor is a serious offense with harmful consequences. As a result, emotional and physical wellbeing can be severely harmed, and toxic substances can be abused. As well as jail time and criminal records, it can lead to lifelong drug addiction.

You can, however, overcome this habit. For those with prescription abuse and overdose, behavioral therapy and medication offer the best treatment options.

Do not hesitate to contact us as soon as you observe doctor shopping signs. For more information about our drug detoxification program and to get your loved ones the help they need, contact ReAlign Detox today.

Epilepsy Safe Mode
Dampens color and removes blinks
This mode enables people with epilepsy to use the website safely by eliminating the risk of seizures that result from flashing or blinking animations and risky color combinations.
Visually Impaired Mode
Improves website's visuals
This mode adjusts the website for the convenience of users with visual impairments such as Degrading Eyesight, Tunnel Vision, Cataract, Glaucoma, and others.
Cognitive Disability Mode
Helps to focus on specific content
This mode provides different assistive options to help users with cognitive impairments such as Dyslexia, Autism, CVA, and others, to focus on the essential elements of the website more easily.
ADHD Friendly Mode
Reduces distractions and improve focus
This mode helps users with ADHD and Neurodevelopmental disorders to read, browse, and focus on the main website elements more easily while significantly reducing distractions.
Blindness Mode
Allows using the site with your screen-reader
This mode configures the website to be compatible with screen-readers such as JAWS, NVDA, VoiceOver, and TalkBack. A screen-reader is software for blind users that is installed on a computer and smartphone, and websites must be compatible with it.

We firmly believe that the internet should be available and accessible to anyone, and are committed to providing a website that is accessible to the widest possible audience, regardless of circumstance and ability.

To fulfill this, we aim to adhere as strictly as possible to the World Wide Web Consortium’s (W3C) Web Content Accessibility Guidelines 2.1 (WCAG 2.1) at the AA level. These guidelines explain how to make web content accessible to people with a wide array of disabilities. Complying with those guidelines helps us ensure that the website is accessible to all people: blind people, people with motor impairments, visual impairment, cognitive disabilities, and more.

This website utilizes various technologies that are meant to make it as accessible as possible at all times. We utilize an accessibility interface that allows persons with specific disabilities to adjust the website’s UI (user interface) and design it to their personal needs.

Additionally, the website utilizes an AI-based application that runs in the background and optimizes its accessibility level constantly. This application remediates the website’s HTML, adapts Its functionality and behavior for screen-readers used by the blind users, and for keyboard functions used by individuals with motor impairments.

If you’ve found a malfunction or have ideas for improvement, we’ll be happy to hear from you. You can reach out to the website’s operators by using the following email

Our website implements the ARIA attributes (Accessible Rich Internet Applications) technique, alongside various different behavioral changes, to ensure blind users visiting with screen-readers are able to read, comprehend, and enjoy the website’s functions. As soon as a user with a screen-reader enters your site, they immediately receive a prompt to enter the Screen-Reader Profile so they can browse and operate your site effectively. Here’s how our website covers some of the most important screen-reader requirements, alongside console screenshots of code examples:

We aim to support the widest array of browsers and assistive technologies as possible, so our users can choose the best fitting tools for them, with as few limitations as possible. Therefore, we have worked very hard to be able to support all major systems that comprise over 95% of the user market share including Google Chrome, Mozilla Firefox, Apple Safari, Opera and Microsoft Edge, JAWS and NVDA (screen readers), both for Windows and for MAC users.

Despite our very best efforts to allow anybody to adjust the website to their needs, there may still be pages or sections that are not fully accessible, are in the process of becoming accessible, or are lacking an adequate technological solution to make them accessible. Still, we are continually improving our accessibility, adding, updating and improving its options and features, and developing and adopting new technologies. All this is meant to reach the optimal level of accessibility, following technological advancements. For any assistance, please reach out to