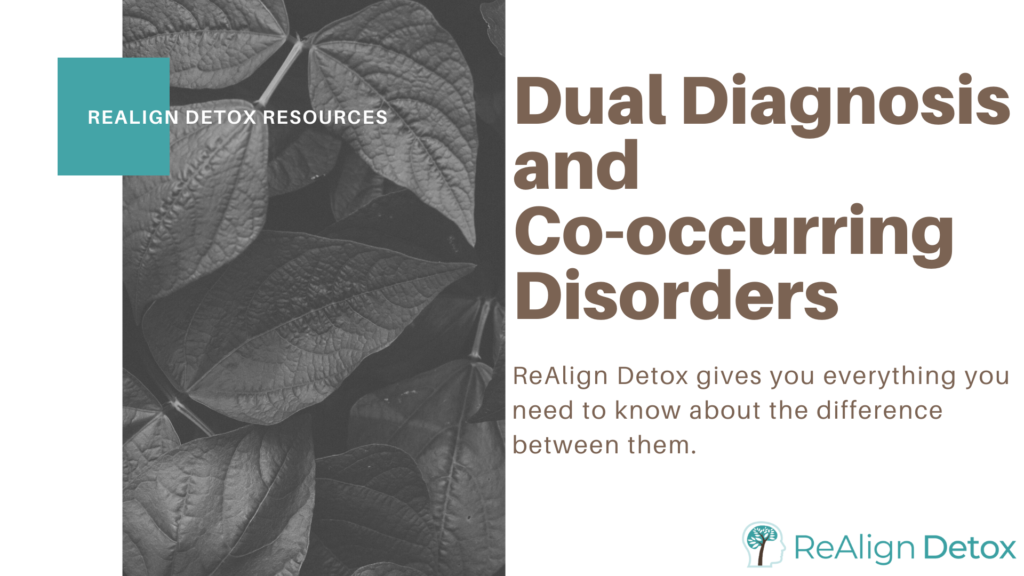 Psychiatric disorders and substance abuse are closely connected. There is a high rate of patients diagnosed with substance use disorders who also have mental illnesses. Dual diagnosis and co-occurring disorders are terms sometimes used interchangeably to describe being diagnosed with more than one disorder simultaneously. How do they differ?

There is no real difference between dual diagnosis and co-occurring disorders — although co-occurring is preferred when discussing the presence of both mental and substance use disorders simultaneously.

What Exactly Is Dual Diagnosis?

It is said to be dual diagnosis when more than one diagnosis is present at the same time. The term refers to any condition where there is more than one diagnosable cause. Substance abuse and mental health issues may coexist in some instances. High blood pressure and diabetes may also be present in the same individual. Dual diagnosis was first used in the 1980s by people with severe mental health issues and substance use disorders. Generally speaking, co-occurring conditions are referred to as co-occurring disorders these days.
There are several physical problems that can be the reason for dual diagnosis in people with addictions:

Drug abuse may be the cause of all of these things, but they are distinct diagnoses. Dual diagnoses are possible. 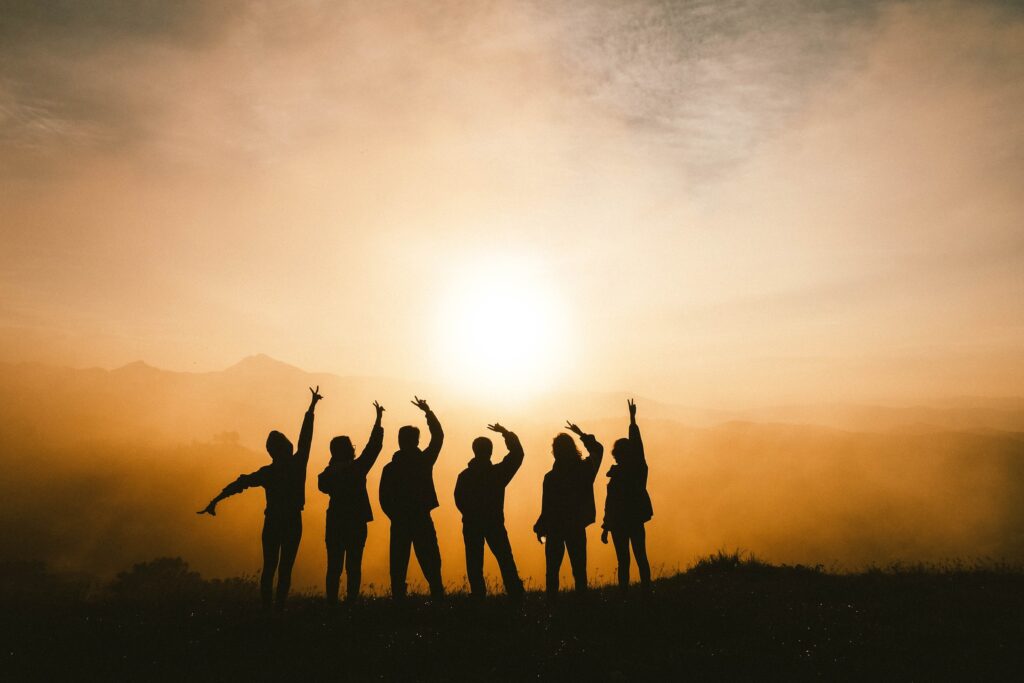 A few disorders frequently accompany addiction. It is these disorders that are usually at the root of an obsession. When it comes to long-term addiction recovery, it’s critical not to ignore a person’s mental health condition or behavioral disorder.

People with ADHD have a higher risk of abusing substances as a way to manage their symptoms. It is common to prescribe stimulants for ADHD, becoming habit-forming and leading to a problematic substance abuse pattern.

Bipolar disorder is associated with addiction in approximately half of the cases. Any disease can lead to a temptation to self-medicate. Patients with bipolar disorder use drugs and alcohol for temporary relief from emotions.

The co-occurrence of addiction and borderline personality disorder (BPD) has been studied. At some point in their lives, nearly two-thirds of people with BPD abuse substances.

The United States has an estimated one in ten adults suffering from depression. Drugs and alcohol are often used by people diagnosed with depression to self-medicate. The problem is usually made worse as a result. The crash after the high can be devastating for those with a pre-existing depressive condition. 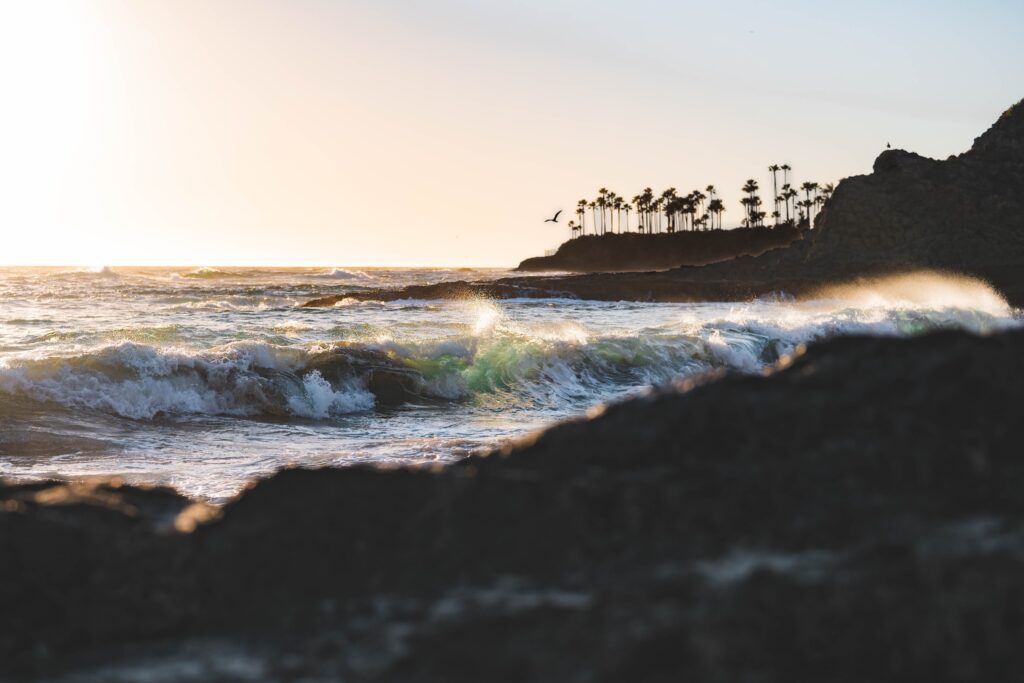 A feeling of inferiority is often at the root of eating disorders. Among people with these disorders, appetite-suppressing drugs are prevalent.

18% of adults in the US suffer from generalized anxiety disorder (GAD). Drug and alcohol abuse may be more common among people with GAD. Additionally, people abuse benzodiazepines, prescription medications for anxiety disorders that are highly addictive.

OCD results in several unwanted obsessions and compulsions, including excessive cleaning and fear of germs. The symptoms vary from person to person. As a result of their involuntary behavior, people who suffer from OCD are often anxious and depressed, leading to substance abuse.

As a result of post-traumatic stress disorder (PTSD), a person’s brain produces lower amounts of endorphins, making them more likely to reach for alcohol or drugs to feel happy. Veterans Affairs reports that nearly 75% of soldiers and veterans who experienced traumatic or violent events reported abusing alcohol repeatedly.

Hallucinations and delusional thinking are hallmarks of schizophrenia. Due to the overlapping effects of the two conditions, schizophrenia and addiction are hard to diagnose. Self-medicating with substances while having schizophrenia may put a person’s health at greater risk than schizophrenia itself.

What Exactly Is a Co-Occurring Disorder?

When two conditions co-occur, they are called co-occurring disorders. It is typically a condition that occurs when substance use disorders and mental illness coexist.

Both conditions need to exist independently for a co-occurring disorder to be found: the symptoms of one must not be caused by the symptoms of the other. The first symptom can either be a dependency on drugs or a mental illness. Having both disorders interact can make them worse.

An addiction to drugs or alcohol is almost always associated with mental health problems. National Alliance on Mental Illness describes these symptoms as one sign of that problem:

People who have mental illness may be driven to abuse and misuse drugs. They act as symptom-controlling substances for these individuals. Through substance abuse, they feel capable of handling the difficulties mental health issues can bring. Drug abuse can result in mental illness for other people as well. 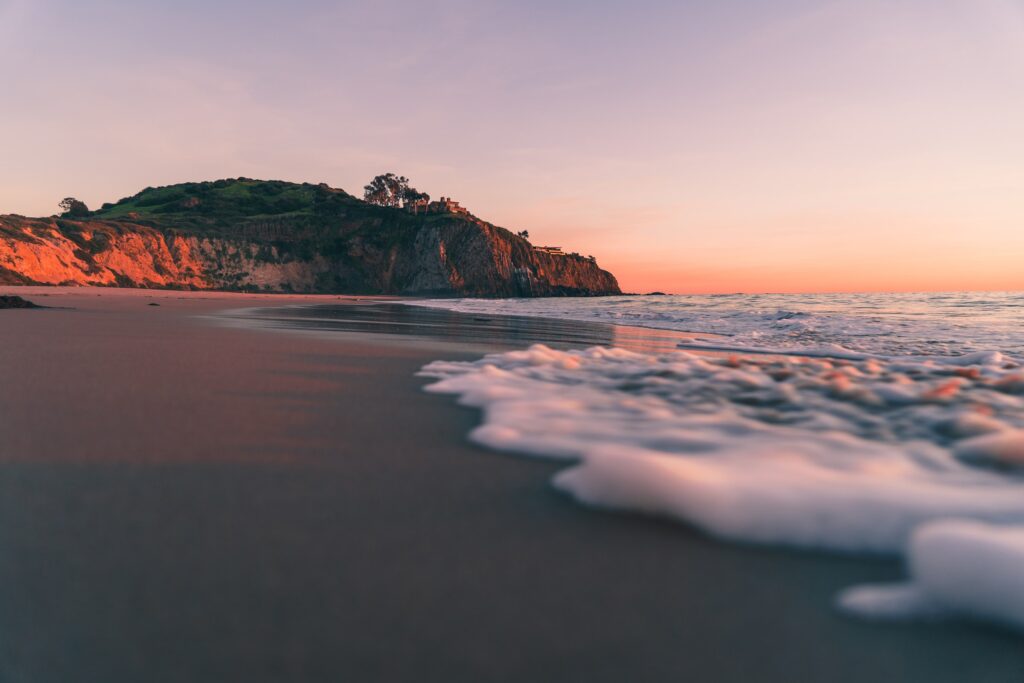 Why Do Disorders Often Co-Occur?

Substance use disorders and mental illnesses share biological roots. It is, therefore, possible to inherit specific genes, which increase the risk.

Environmental factors can also cause mental illness and substance use disorders.

When you are stressed, your brain changes its responses, leading to decreased control over behavior, plus increased impulsivity. The risk of developing alcohol or substance use disorders6 increases when people self-medicate to relieve stress symptoms. Dopamine is a neurotransmitter that influences the way drugs to act on the brain, and stress can affect the release of dopamine.

Those who have been physically or emotionally abused are at high risk for substance use disorders and drug abuse. Substances are sometimes used by people who suffer from post-traumatic stress disorders (PTSD).

People with mental illnesses commonly use alcohol and drugs. Self-medicating with alcohol and other medicines may relieve immediate symptoms. However, in the long run, they will likely exacerbate an existing mental illness. 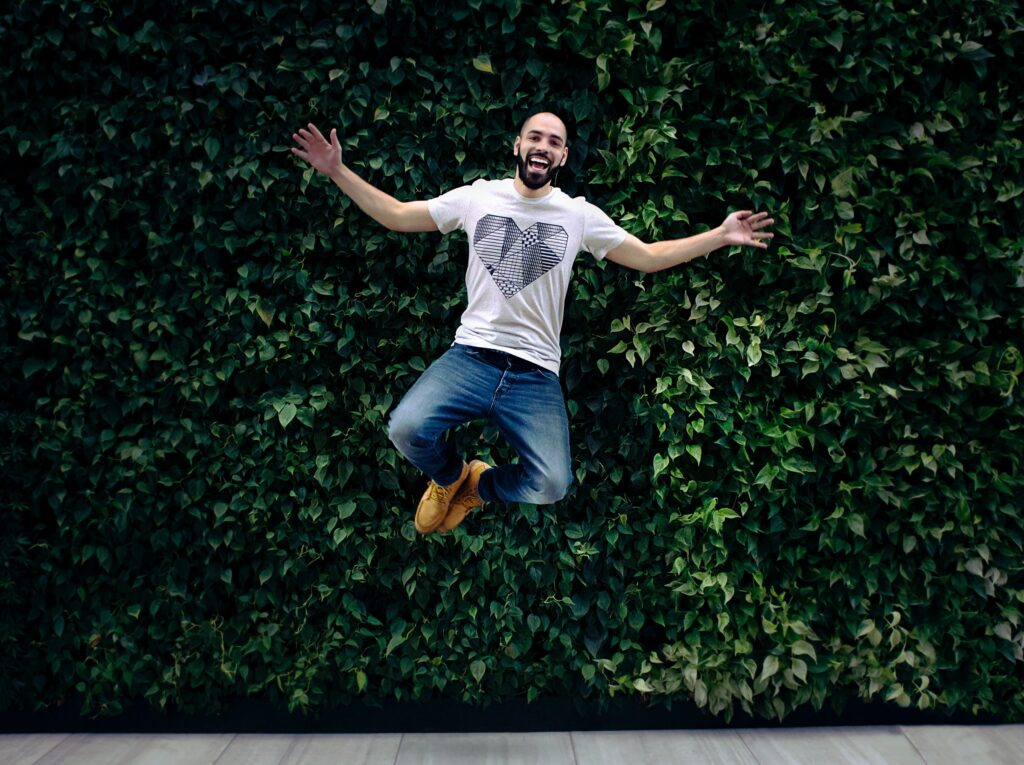 Triggers come from both genetics and the environment. Gene expression can be altered in response to chronic stress, trauma, and prescription drugs. Epigenetics investigates how these factors affect gene expression.

Parents pass on their genes in the form of an alphabetical sequence. Studies have shown that genetic changes can be affected by changes in a cell’s environment, affecting how the cell functions.

Acetate is produced in the body by metabolizing alcohol. The brain of mice is directly affected by acetate when it gets to the acetate-containing proteins. Specific environmental cues affected the mice’s behavior when they were exposed to these changes. In some people, ecological drinking triggers might work more effectively than for others.

Myelin surrounds the portion of the brain cell that transmits impulses (neuron). Axons’ communication throughout the brain is accelerated by myelin, like insulation. Myelination is a slow process. Complete myelination usually occurs only after age 25.

The last circuits to be fully myelinated include those dedicated to executive functions such as decision making, emotions, and impulse control. Because chemicals can adversely affect a developing brain, substance use before 25 is associated with substance use disorders. The risk of mental illness may also be increased.

The chemical messenger dopamine plays a crucial role in a person’s reward system, released by alcohol. This creates a pleasant memory that becomes embodied in the habit and contributes to habit formation. Alcohol causes all dopamine levels to drop rapidly as the brain becomes accustomed to the excess dopamine.

Motivating behavior is one of the processes affected by dopamine. Consequently, alcohol’s impact on dopamine is associated with mental disorders like schizophrenia, anxiety, depression, and impulse control disorders.

When treating substance abuse and mental illness together, an integrated approach is preferred, as it provides a seamless treatment plan for both disorders. It’s challenging to distinguish overlapping symptoms when an individual has co-occurring disorders, making diagnosis and treatment more challenging. In addition, another condition may prevent a substance abuse disorder or mental illness from being treated.

The Substance Abuse and Mental Health Services Administration suggests that integrated treatment. It is ideal for dual diagnosis and co-occurring condition problems to have the same team dealing with all the issues of the individual. Addiction recovery may be made harder if those other issues are not dealt with. Relapse will continue to occur until these issues are addressed.

Some treatment programs can’t handle multiple issues at once, so families must choose providers who are competent in addressing multiple issues. People can gain relief from their symptoms by selecting a treatment team to deal with these various issues.

You can get help quickly and easily using telemedicine if you believe your alcohol use aggravates a mental illness or if you feel you’re using alcohol to self-medicate. Manage everything from your smartphone, receive coaching and medical support via secure video chat, and access anti-craving medications. ReAlign Detox can help with all the struggles you may have. 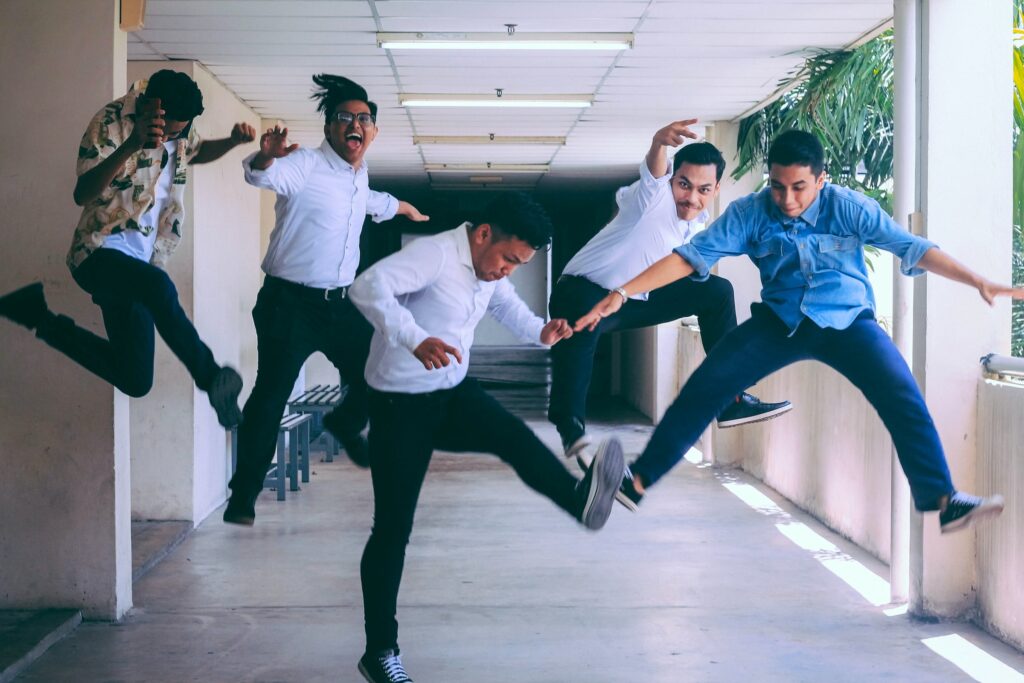 ReAlign Detox is here to help you. We have trained staff specializing in Dual Diagnosis and addiction detox, ready to assist you in any problems that may arise.

A team of experienced medical directors and staff members are available 24 hours a day for follow-up visits and to respond to your health concerns with comfort medications and aftercare. Referrals are accepted, and many major insurance plans are accepted for payment. Reach out to us today for more information.