Of all the drugs out there, heroin and other powerful opioids are among the most addictive. It’s high is incredibly euphoric but the inevitable comedown is emotionally and physically excruciating.

Detoxing from heroin should always be done under the supervision of trained medical professionals. Our Orange County heroin detox program offers a safe place to recover from the withdrawal symptoms of heroin addiction.

Beyond extreme discomfort and high risk of relapse, withdrawal from heroin and other opioids can even have life-threatening consequences. Detoxing alone at home or going through a “cold turkey” approach is exceptionally difficult and typically results in unsuccessful recovery. By undergoing a professionally supervised detox, an addict can get the support that they need and minimize the risk of self-harm or relapse.

What Does a Heroin Detox Entail?

There are a few different strategies in approaching a heroin detox. They often include the assistance of medicines to make the processes more bearable.

Medications are prescribed for both inpatient and outpatient detoxification with the supervision of a physician at our heroin detox center in Orange County, CA.

However, outpatient detox is not recommended since opioids have such a high rate of relapse. It’s largely recommended by doctors that patients detox at an inpatient treatment center and continue addiction treatment for a minimum of 28 days.

Our treatment program’s trained professionals are also mindful of psychological symptoms like anxiety and depression. Patients throughout inpatient addiction treatment are given comforting amenities, especially during the detox stage.

All opioids produce similar withdrawal symptoms, including heroin. You may hear this referred to as opioid withdrawal syndrome. Sometimes the symptoms of withdrawal are so uncomfortable that an addict will relapse and begin using heroin or opiates again just to avoid their symptoms.

The timeline for heroin withdrawal depends on the physiology of the user and the length and severity of their addiction to heroin. Typically, the initial comedown from heroin will last between eight to twelve hours after the most recent usage.

The worst symptoms of withdrawal will usually occur one to three days into the detox process. The overall process of heroin withdrawal generally ends about a week into abstinence from heroin but can last up to three weeks.

Harmful and painful symptoms of withdrawal include:

Though these severely unbearable symptoms aren’t always dangerous. However, if left alone, dehydration and immobility from diarrhea and vomiting can potentially be fatal. These manifestations are also detrimental to a person’s brain and mental state. 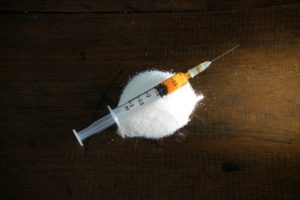 Other signs that are less harmful, yet notable include:

As stated above, many opioid withdrawals are treated with medicines. Such medications are approved by the FDA, deemed safe and effective. There is no point in needless suffering. Despite some beliefs, there is no correlation between suffering from opioid withdrawal syndrome and subsequent avoidance of opioids.

Many experts advise using one or more of the following medications in the management of opioid withdrawal:

Our NAD IV Therapy also ensures that patients are fully hydrated during the entire detox process.

Another reason many prefer ReAlign over other rehabs and detox centers is that we have a unique approach to negative mental side effects — Nexalin Therapy. Nexaline Therapy works without the use of medicines and can be used in conjunction with them.

Nexaline focuses on underlying anxiety, depression, and insomnia that is seen in those addicted to opioids. It works by using frequency-based waveforms applied to the head in a 40-minute session. Many people have reported long-term benefits and can be attributed to our high success rate in treating opioid addiction.

Rapid and Ultrarapid detoxification approaches to opioid dependence have gained popularity, though there is not any clear data that shows a positive correlation between rapid detox and following opioid abstinence. Unfortunately, every addict knows by experience how brutal withdrawals can be. As a result, people usually want the process of detoxification to be both as short as possible and as easy as possible.

In the ‘80s and ‘90s, people would try using clonidine during this process to completely abstain from opioids to quickly rid themselves of chemical dependency. This would sometimes be done in combination with naltrexone (an opioid agonist) given around day three of withdrawal. This was done to completely avoid any chance of relapse. Some severely addicted would experience delirium and is partially why this ultrarapid detox strategy is not used anymore.

Today, we may consider a somewhat rapid heroin detox in Orange County using relatively light doses of buprenorphine to manage withdrawal symptoms while still lowering chemical dependency. Limited doses of naltrexone or naloxone may be given once deemed safe to accelerate detoxification as well. This is done extremely carefully with close monitoring of patients to avoid harmful side effects. 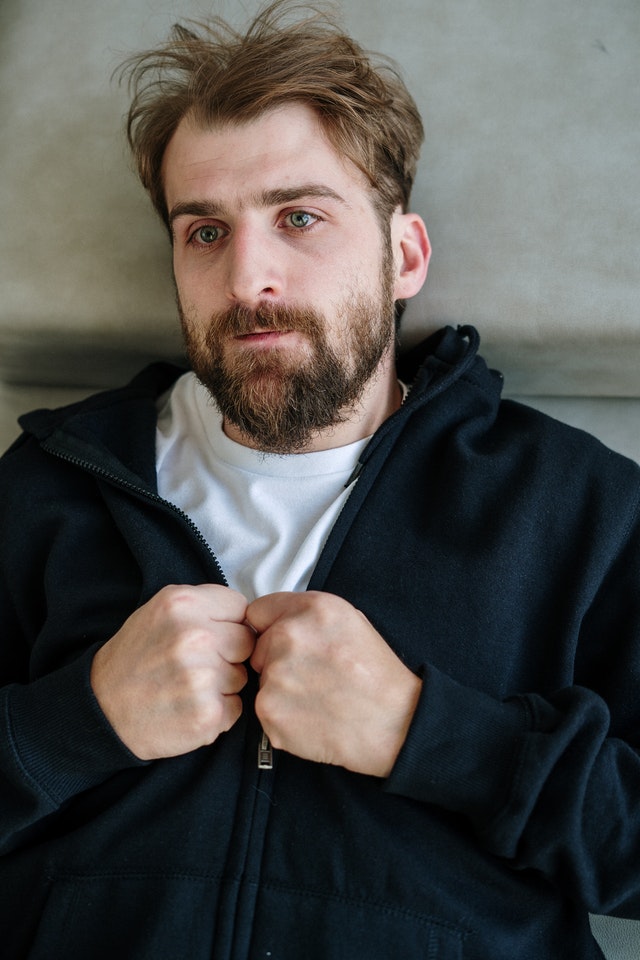 The Dangers of Heroin Addiction

What starts as doctor-prescribed pain management can quickly turn into substance abuse. According to the American Psychiatric Association, “2 million people in the United States have a substance use disorder related to prescription opioid pain medication.” After building an affectionate liking towards opioids such as Vicodin or OxyContin, some may casually find themselves switching over to a more powerful and more affordable street drug—heroin.

In the early stages of drug abuse, a user might not immediately notice its side effects. It’s not like a painful morning after heaving drinking; its early users will most likely think back of their usage as a simply pleasant memory. And considering the street price and availability of heroin, it’s easy for people to get hooked.

Unfortunately, what usually starts as experimental or occasional heroin use can rapidly develop into a life-threatening habit. Once the cycle has begun, users usually take in more and more, building a strong physical dependence in addition to a psychological one.

An addict will then take increasingly higher dosages of heroin to attempt to experience any positive effects. As the dosage increases, so does the likelihood of fatally overdosing. Because there is so much inconsistency in the strength of different batches of heroin, a user may not know how much of the abused drug they’ve taken until it is too late.

The Center for Disease Control and Prevention (CDC) reported that Opioids, like heroin, are currently the leading cause of drug overdose death in the US. Opioids were involved in 47,600 overdose deaths in 2017, which accounted for over 67% of the overall overdose deaths.

Realign Detox is highly dedicated to helping people heal from physical and mental dependence on heroin. We are one of the premier drug and alcohol detox centers in Orange County, California. We oversee addicts with a 24-hour team of licensed and experienced clinicians that can oversee the safety of our patients.

Our detox services are a mixture of clinical treatment, addiction medicine, and uniquely, Nexalin therapy. With this comprehensive treatment, we address mental health as well as heroin abuse.

The key to recovery from heroin addiction is patience. Recovery is a process that starts with a desire to get sober and takes a great deal of personal commitment, effort, and time. Every addict on the road to recovery faces a variety of unique challenges, but addiction can always be overcome with proper help.

Give us a call today!